Meet Sophie, one of the many women with undiagnosed ‘high-functioning’ autism

With social-imitation strategies, for example, autistic girls have fewer troubles making friends than autistic boys; they have seemingly more ordinary interests than boys (for example horses, rather than maps of the subway); while less restless than boys, they are more vulnerable to less-visible anxiety disorders, and more adept at camouflaging their stereotyped and soothing ritual behaviours.

In other words, their autism is less obtrusive, which means their symptoms are less obvious to their families, teachers and doctors.

Solving the Puzzle of Girls with Autism – Yale 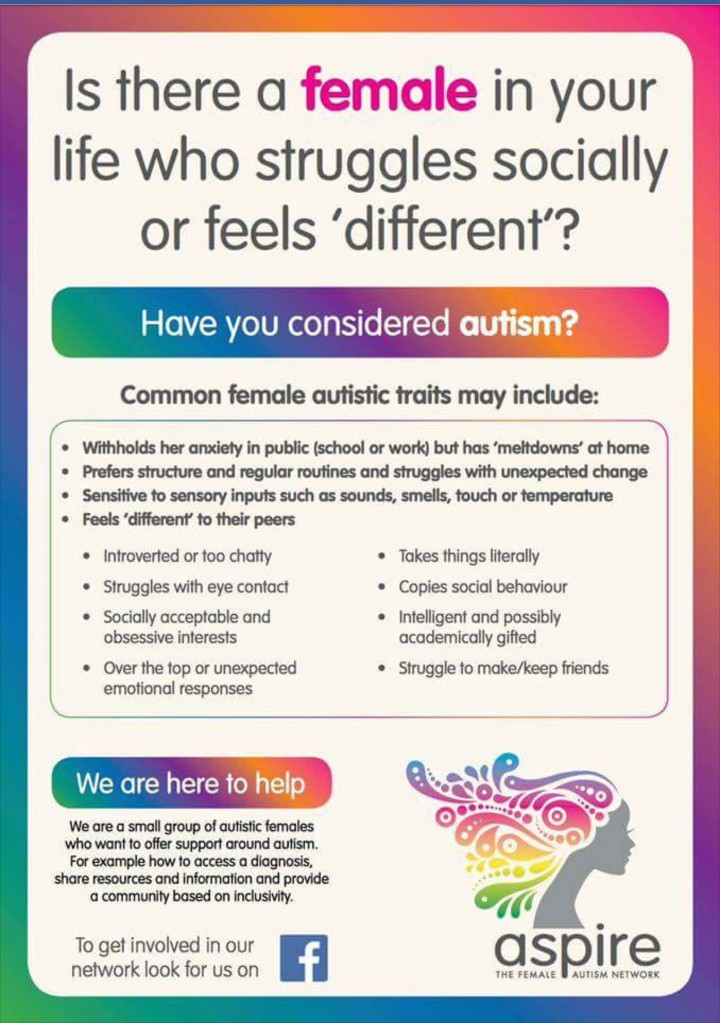