Scientists believe that both genetics and environment likely play a role in ASD. There is great concern that rates of autism have been increasing in recent decades without full explanation as to why. Researchers have identified a number of genes associated with the disorder. Imaging studies of people with ASD have found differences in the development of several regions of the brain. Studies suggest that ASD could be a result of disruptions in normal brain growth very early in development. These disruptions may be the result of defects in genes that control brain development and regulate how brain cells communicate with each other. Autism is more common in children born prematurely. Environmental factors may also play a role in gene function and development, but no specific environmental causes have yet been identified. The theory that parental practices are responsible for ASD has long been disproved. Multiple studies have shown that vaccination to prevent childhood infectious diseases does not increase the risk of autism in the population. 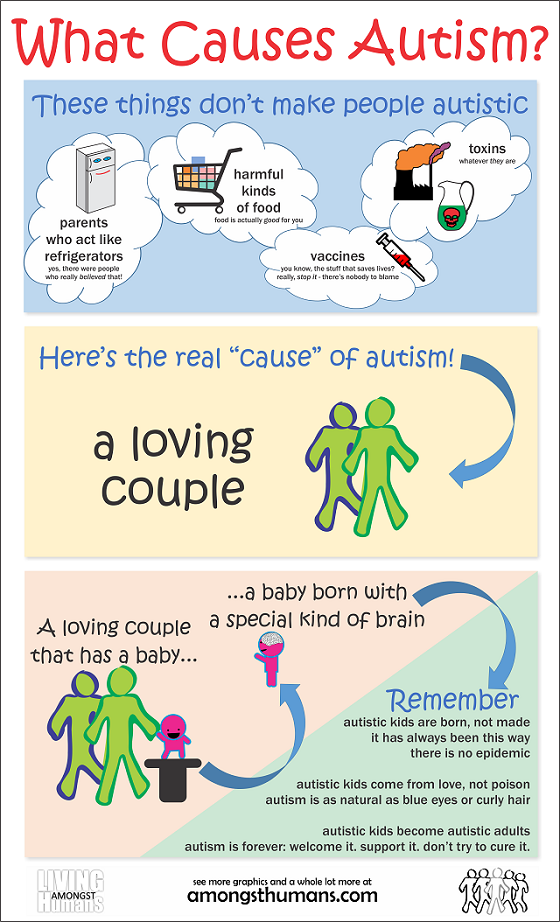